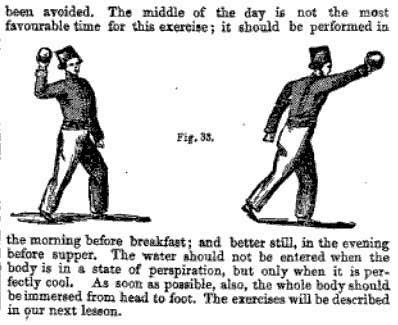 Exercise 1.--Throwing a projectile or ball which can held in the fingers. The ball being placed on the ground at short distance from the feet, the words of command are:

At the first words of command, the pupil stoops, takes the ball in his right hand, and resumes his position. At the second, he throws the right foot about twenty inches behind the left, and the right hand about eight inches behind the ear; the left arm being allowed to fall naturally with the hand near the left thigh. At the third, the pupil takes aim, throwing the right arm quickly forward, and then resumes the position of the second. At the fourth, he repeats this movement. At the fifth and last, he performs the same movement but with all his force throws the ball forward, stretching his right leg and pressing the ground with his toes; he then resumes his first position. Throwing with the left hand is performed in a similar manner. Fig. 33. 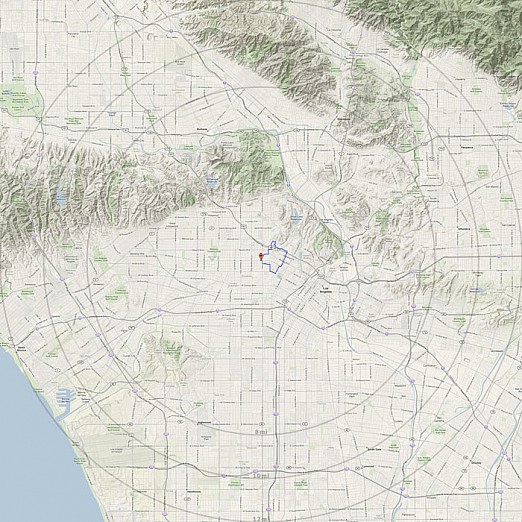