The indigo dye that gives blue jeans their color was once a rare sign of status. However, indigo is now produced in such quantities that blue denim is one of the most pedestrian fabrics, and the status of a particular pair of jeans is associated (though an elaborate system of social constructs) with the extent to which the blue (or, indeed, the jean) has been worn away.

Similarly (well, kind of similarly), the blue lines of our cumulative route map were once few and far between, but now that so much of the map is filled with blue, it is more remarkable to note where the map is not tinted. While some things might seem out of place on first glance, they are in fact part of a wear pattern accumulated over nearly a decade.

Not to say that there aren't a few creases here and there, mind you... 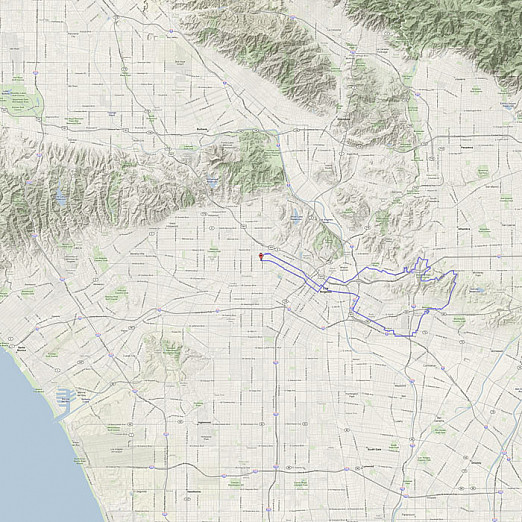