We're entering the final stretch here. Having already reached our western- and southern-most points in this past year, it seems only appropriate that we should now go further east than we have ever gone, deep into the Inland Empire. To call a place far-flung is more an expression of one's own biases than any objective assessment. It is true that, relative to our experience, the places we're going are far indeed. But to say far-flung is to conjure up visions in which the very stuff of the city -- the housing, the infrastructure, the smog -- has been thrown carelessly up against the mountains, collecting in inert piles or blown about in ever-shifting eddies. Is it like that? Well sure, a little bit maybe. Looking up at the hills, seeing the crumbling edges of a metropolis, it is easy enough to get the impression that there is nowhere left to go. But of course there is. 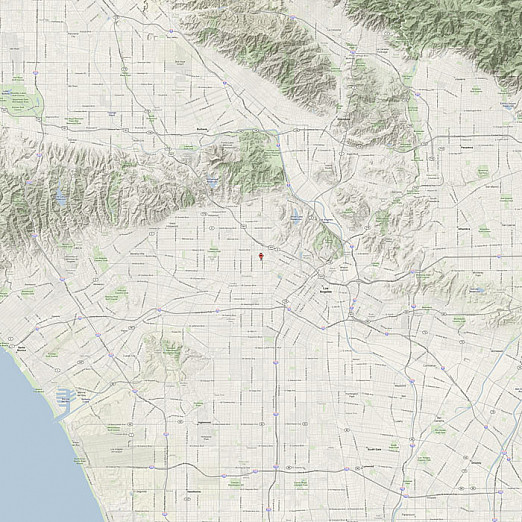