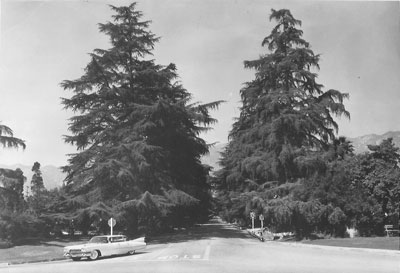 In a world of myriad titillations catering to crass masculine desire, from the Suicide Girls to Realdolls to Craigslist casual encounters, it hardly seems like something as prosaic as a tree could arouse a man's attention. But 1883 was a simpler time. They didn't even have the party line yet (or did they?). Okay, sure, Los Angeles was still practically the Wild West back then and the place was probably lousy with brothels. But if Deadwood has taught us anything, it is that Wild West prostitutes were petri dishes of diseases (hey, it wasn't their fault; they were just doing their jobs). So trees were a safer avocation. The worst thing you might catch from one of them is a little root rot....

What was I talking about?

This week's ride. Right. This week we head up to Altadena to traverse the street that John P. Woodbury's arboreal ardor built.* It is a special holiday ride, so there is a special holiday length to it: nearly twice as long as normal. No, we're not going to get back "on time" but we're not going to care, because it's the holidays, dammit, and we're going to get all kinds of holy all over town.

* Note: The historical veracity of the implication that Woodbury's horticultural interests were sexual in nature is questionable (which is to say: a complete fabrication). 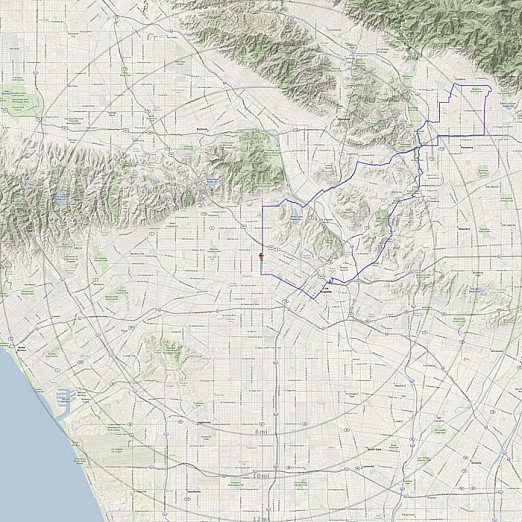