On the heels of Wolfpack Hustles Civic Center Crit, The Passage of a Few People Through a Rather Brief Moment in Time is pleased to announce that we are hosting our own criterium this Wednesday, the inaugural Koreatown Crit.

This is not a race.

It is an experiment in critical reflection upon space, using repetition as a means to foster shifting modes of attention and perception. Riders will circle a relatively short, fixed course of active roads and passageways of variable convenience. As laps accumulate, so too will information about the spaces through which we pass. And as we become more familiar with the terrain, we shall, one imagines, begin to recognize that, although the route remains the same, the places we visit are ever-changing  place being a function of space as well as time. Each loop will present its own unique set of situations and experiences. Or maybe it will just be boring. Boredom, however, also contains the potential to be enlightening.

This is not a race.

Nor is it a commentary or critique upon racing. Rather, it is an appropriation of some of the forms of a race while supplanting its logic with our own. Or, put another way, it is a misuse of a race. It does not challenge the race but attempts to redirect its energies. It asks, What if we raced like an idiot? Like an artist? Like a tourist? What if we mistook the race for a technique for knowing space, for knowing the city? 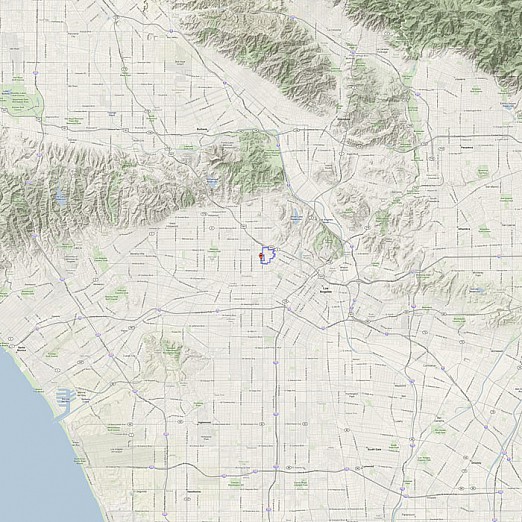