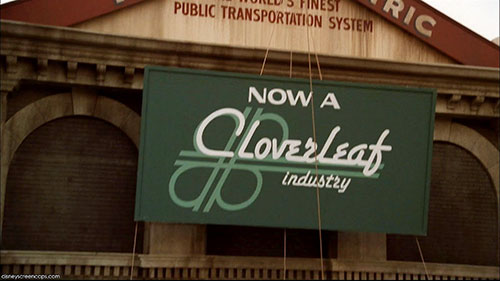 It is easy to look at vintage maps and romanticize the Pacific Electric "red car" trolley system that spread out over the Los Angeles area in the early part of the last century. Its fingers stretched in seemingly every direction, from Chatsworth and San Fernando to Santa Ana and Newport Beach, from Santa Monica and Venice all the way out to San Bernardino and beyond. It even climbed up Mt. Lowe! One compares the current rail transit system and, well, it makes one sad.

And, if the Roger Rabbit story -- of a trolley paradise being torn up by evil Christopher Lloyd and his Cloverleaf corporation so they could build freeways -- were the whole story, we would indeed be fully justified in our sadness. But, not surprisingly, the truth is a little more complicated than the cartoon. And though we tend to think of the endless sprawl of our area as a result of the freeways, it was actually those idyllic trolleys themselves that were a major early catalyst for it. Rather than a public good meant to serve the far-flung, the trolley system was largely built as a rather cynical loss leader by real estate interests to do the flinging. And once the land was fully developed and the houses sold, well, who cares if those trolleys are maintained or efficient? (Certainly not the real estate guys.) We morn their loss in retrospect, but relatively few did at the time.

Which isn't to say the city shouldn't have taken it all over and modernized it, streamlining the system where sensible, expanding it where possible. Instead, we got buses. And while buses have their advantages, it is just not the same.

Yet now our present rail system -- though not nearly as wide as before, and having far fewer fingers and destinations -- with new extensions opening up, a system is shaping up that again stretches far and wide. This is due in no small part to the fact that Metro is a county-wide agency and every district wants their piece of the pie. So the system sprawls out in the manner the red cars did (rather than their cousins, the "yellow cars" of the Los Angeles Railway, which densely served the central city). The new rails chase the sprawl that the old rails helped create.

So this week, as you by now no doubt surmised, we too venture out into the sprawl, taking advantage of some of that new rail. We will expand our normal Wednesday night territory, cover some new ground. Whatever happens, let's hope we can avoid the dip. 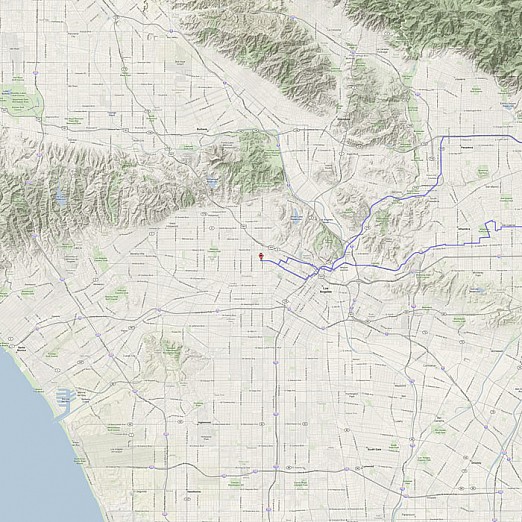