We were going to visit a bunch of not-quite-notable places this evening, but after realizing that there were certain logistical problems with the route as originally planned - certain landmarks no longer existing, f'rinstance - we had to scuttle that, and dig up an old backup route. This is not to say that there's anything wrong with it. It's actually a rather fun route, just lacking any conceptual glue that would hold it together as a "theme" and maybe a little too similar to some other routes from 5-odd years ago. But now, by relationship to a ride that hasn't even happened yet, it gets a kind of sympathetic resonance - as a second fiddle to the second fiddle, so to speak - and finally sees some play. 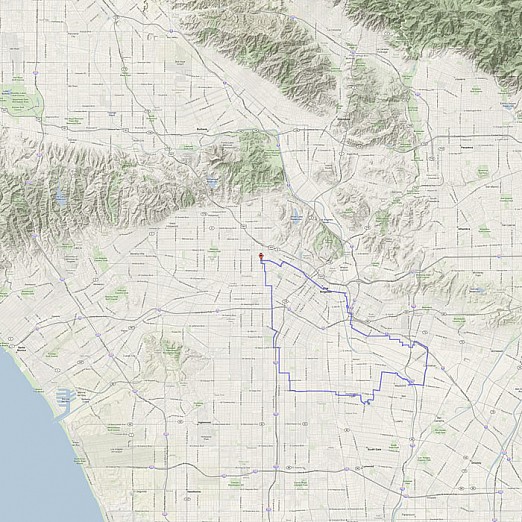