Before bad Yelp reviews, before the Better Business Bureau, before bad press (because there were as of yet no printing presses at the time), bakers in medieval England were notorious for shorting their customers. You'd go in and ask for a loaf of a certain size and come out with... a slightly smaller loaf. And, well, it was the middle ages, so it is not like you could just run down to the nearest Ralph's and pick up some Wonder Bread. Food was a relatively scarce commodity. You needed to get your money's worth from that bread. Thus came an edict from on high that bakers selling less than the claimed amount would incur a stiff fine  or worse. And so, in order to avoid punishment, the bakers began to err on the side of caution, to give customers a little more than what they had ordered, to give 'em the proverbial "baker's dozen."

Planning a bike ride is not totally unlike baking. There is a sort of recipe for a fun ride. Start with a certain amount of miles; mix together with some topography; throw in a dash of off-roading; and so forth. And while there are no edicts specifying standards, nor is any money exchanged, we'd like to think we give you just a little bit more than you bargained for each week. We go that extra mile  figuratively and, you know, sometimes literally.

This week we celebrate the ninth(!) anniversary of the ride. And we do so by more or less following our usual recipe for exploration. But also, let's say, because nine is a bit less than the full thirteen of a baker's dozen, maybe we also knock a few miles off our normal distance, eh? Maybe we can then ride at a slightly more leisurely pace, can have a slightly longer, more convivial stop? You'll still get that little extra something that makes the Passage special, but you'll get just a little less of it this week so we can have a more relaxing celebration. 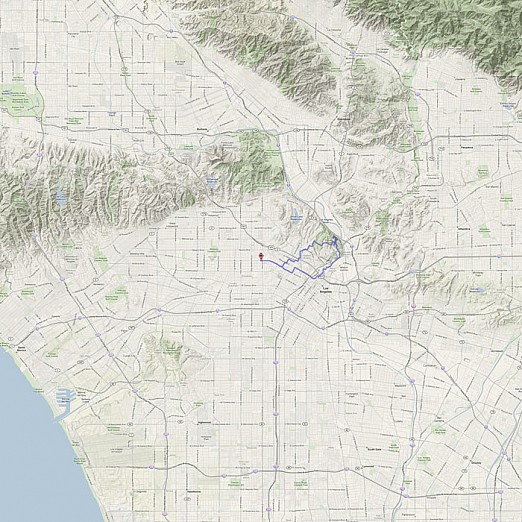