The Battle of Los Angeles

At 2:25 am on February 25th, 1942  less than three months after the bombing of Pearl Harbor  a blackout was ordered for the city of Los Angeles. Air raid sirens blared. Search lights converged in the sky. At 3:16 am, the 37th Coast Artillery Brigade began firing.

At what? Initially, it was obviously thought to be an invading Japanese force. But the eventual story was that it was most likely an errant weather balloon. (If that sounds a bit fishy to you, well, you're not the only one.) Whatever the case, by the time the all-clear was sounded at 7:21 am, over 1,400 shells had been lobbed into the air above the city.

On this week's ride, we will experience the annual reenactment of this dramatic event in our civic history. It is perhaps curious that it does not take place in February, but this is indeed apparently the date agreed upon by the various amateur and professional reenactment societies around town. So strap on your M1 helmet and prepare for battle! 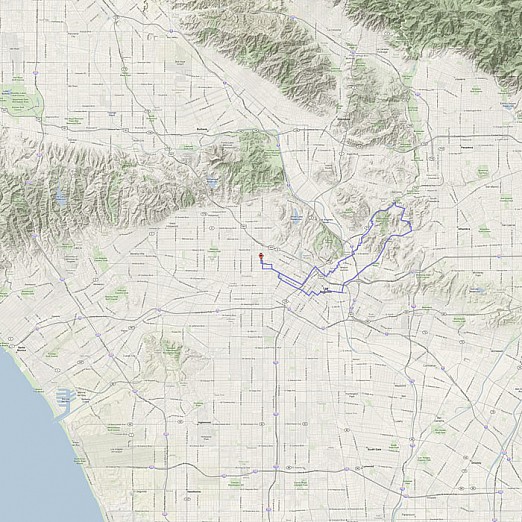