Dorothy Parker famously proclaimed that Los Angeles was "72 suburbs in search of a city." Never mind that she may never have actually said it at all, it's a nice quip. And it does frame a common conception of L.A. as a place: that it is more a collection of provinces than a proper big city in the traditional sense  there's no clear center, but rather mostly only a low-lying sprawl, with little detectable serious, high-minded culture therein. And, sure, if you want to find that Los Angeles, you probably will.

And so will we.

Yes, this week we sort of act out that surface reading of the city, skirting only around the edges of some of its neighborhoods (let's call them the "suburbs") rather than venturing any deeper. Okay, okay, it is a rough analogy, as many interesting things often reside at the boundaries and edges. But the point here is that we're enacting a lazy reading. So, if you're questioning the logic, you're thinking way too hard. 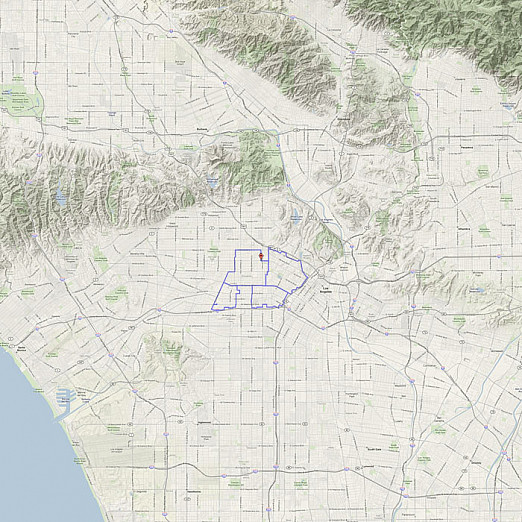