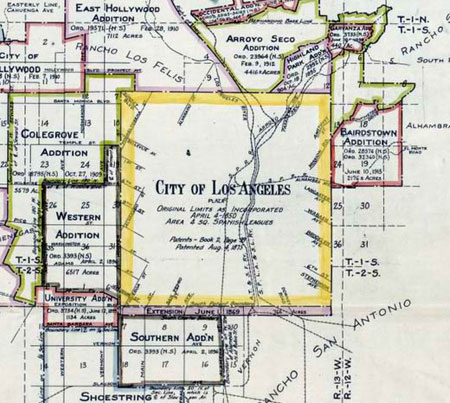 Los Angeles today is an oddly-shaped thing - tentacles reaching toward the mountains and the sea, perforated by smaller cities and unincorporated areas -- but the first officially recognized boundaries for the city (at least under American rule) were quite simple: a square, two leagues on a side, centered on the Plaza de Olvera.

The traces of that old boundary are still visible on maps, where street alignments shift and property lines are arbitrarily sliced. From an appropriate vantage point -- say, atop a particularly large hill -- parts of the boundary can be seen in person. In other places, it is a boundary not so much seen as felt: our movements are thwarted by the awkward meshing of old and new street grids; the logic of travel is momentarily interrupted; the landscape undergoes a subtle change of attitude or architectural style. And in a few places, where buzzing electrical lines trace the path of the old city limits, the boundary can even be heard.

But as you may discover, there are many places where history has removed all traces of the old lines (arbitrary and imaginary as they were) and the boundary can be reconstructed only with great effort.

We are willing to expend that effort. 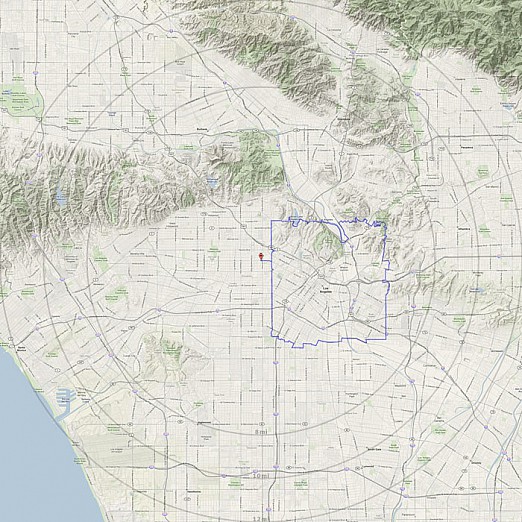