Of Donuts, Ducks and Dons 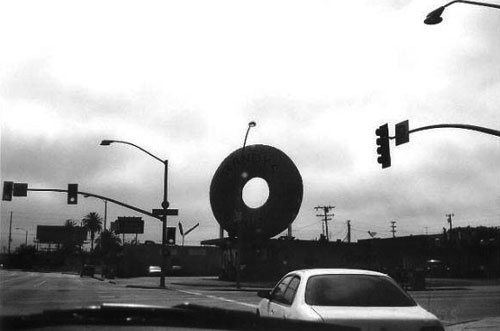 This one time, back in the hippie days, some rather influential architects looked around at all the gimmicky and eye-catching roadside architecture that had sprung up along America's commercial strips and, seeing a pattern reflected in the culture at large, wrote this:

"When Modern architects righteously abandoned ornament on buildings, they unconsciously designed buildings that were ornament. In promoting Space and Articulation over symbolism and ornament, they distorted the whole building into a duck. They substituted for the innocent and inexpensive practice of applied decoration on a conventional shed the rather cynical and expensive distortion of program and structure to promote a duck... It is now time to re-evaluate the once-horrifying statement of Ruskin that architecture is the decoration of construction, but we should append the warning of Pugin: It is all right to decorate construction but never construct decoration."

All of which is a dreadfully formal way of saying "that stuff is so fucking cheesy" in postmodern critspeak. The important part about this particular episode of the academic soap opera, though, is that it left us with the architectural "duck," a notional creature whose usefulness as a means of evaluating why things suck persists, even as the buildings that inspired it have mostly passed into history.

And indeed the "ducks" of Los Angeles are a dying breed. The Brown Derby has been decapitated. The Tail o' the Pup has gone into hiding. But Randy's! Ah, Randy's is still there! So Randy's is where we're going this week. In honor of ducks. Or donuts. Or something.

And as a bonus, high up in the Baldwin Hills, there's this street named after Don Quixote, so hey, let's see if we can shoehorn that into this theme too. What with his bending of reality to fit his idealized notions of valor and all that, it's like Don Q's entire life was a kind of "duck," wasn't it? Try tilting your head to one side, then the other. You kind of have to squint to see it, but it's there. Too much of a stretch? Not for us! Just come out and ride. Then you'll see. 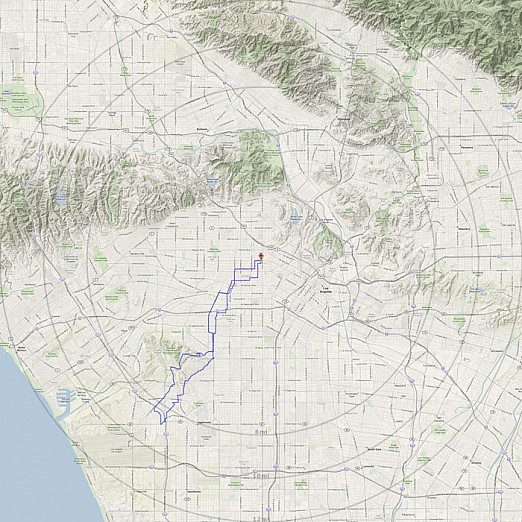