Los Angeles, even more than most large cities, is relatively lacking in park space. While those of us with tendencies toward exploratory cycling might feel that there is in fact a great deal of open space for recreation in the city, there are far fewer spaces suitable for soccer, jungle gym-ing or, say, frisbee golf. Unsurprisingly, the further one gets from the centers of money and power, the fewer parks there are. While attempts to remedy this imbalance get mired in the politics of development and the raw availability of suitable space, the movement is afoot to bring more parks to the places they are most needed. This week, with our own movements and feet, we will be going to some places where the parks already are, passing by and/or through some 15 to 20 of them along the way. 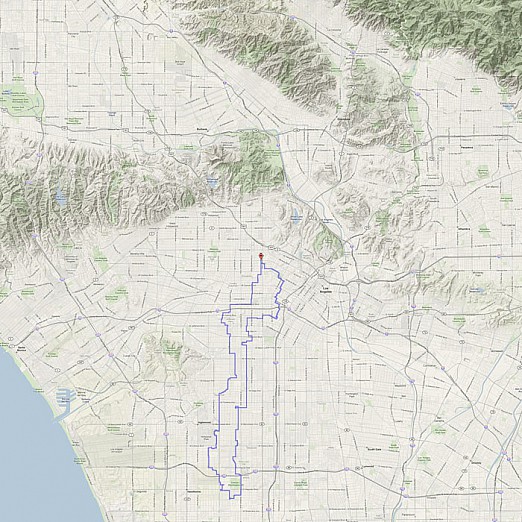