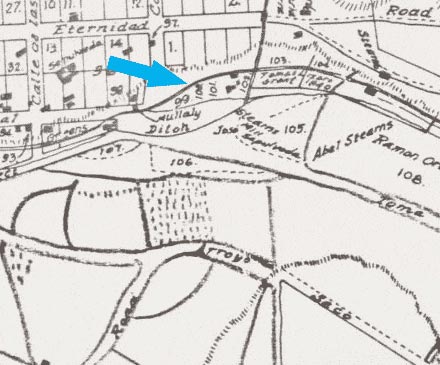 We here at the Passage like to keep things current, to keep our fingers on the pulse of the moment. So this week we bring you another one of our signature "ripped from the headlines" routes. Yes, just a few days ago we were informed that a section of L.A.'s original irrigation channel, the Zanja Madre, was uncovered during construction in Chinatown. So let's take a pass at it, shall we?

Now, granted, just how "current" this all is does depend on your perspective. Because, first of all, they actually found it about a month ago. And then, despite the headlines that made it sound like some sort of big "discovery," the channel was in fact not particularly "lost." Though there was speculation that railroad construction might've destroyed most of it over the years, no one definitively knew it wasn't there: we just hadn't really looked for it. And another stretch of it was uncovered during construction of the Metro Gold Line a few years back. And archeologists, both amateur and professional, had located its path as far back as the 70s. And apparently people in the neighborhood had known of one nearby outcropping as a good "source of bricks" for years. And, really, we've had maps showing its general location the whole time. And, well, the thing is pretty darn old.

But, you know, it's good to get excited about things. Because, though it's been there the whole time, we weren't moved to do a ride about it until now, were we? Nope. Well, now's the time! 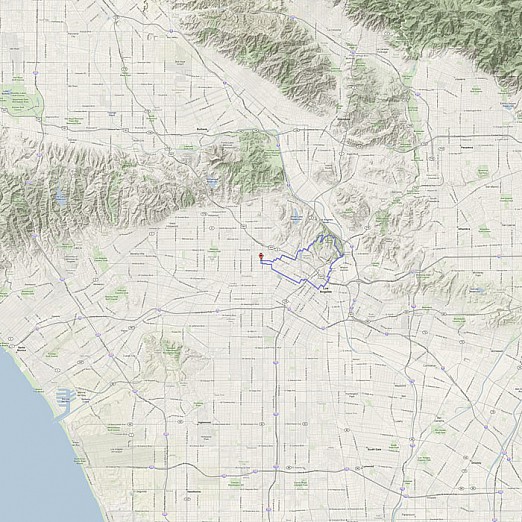