There is a tendency over time for the way we commemorate certain events to drift away from direct connection with the content of those events. A celebration's ritual function in drawing together a community begins to outweigh its referential function. It is not about a knowing, really, but rather about a being: a being in fellowship. It illustrates that identity -- and, especially, co-identity -- is not innate and stable, but instead must be actively constructed and performed. It is "being" as verb, not noun. Since what are important, at that point, are the bonds and not the particular signifiers, the latter can freely slip and change and proliferate and next thing you know there is a whole aisle of discount chocolate eggs once a year.

We here at the Passage are not always the most fellowshippy fellows. (Indeed, we no doubt sometimes appear somewhat standoffish in our relative social awkwardness.) Yet, while there is usually nothing specific that we are commemorating per se, riding through the streets of Los Angeles once a week is nonetheless its own sort of ritual. And that ritual is as much about the community of riders as it is about the focus of the riding. And so what does it matter that sometimes the signifiers we attach to one route or another have little or no correlation to said route? It matters little, we say! (We tend to say it a lot, actually.) We say it and, importantly, we also do it. Won't you come do it too? 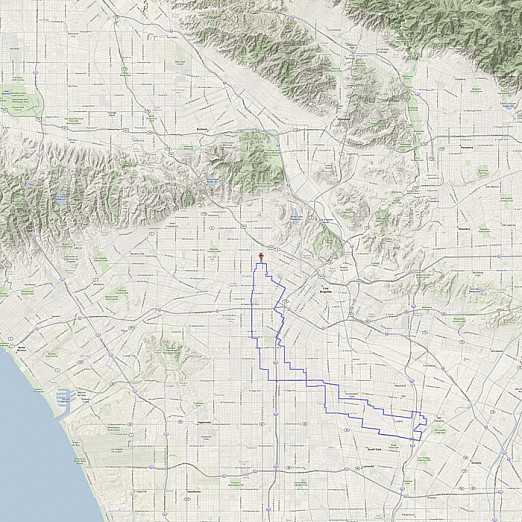