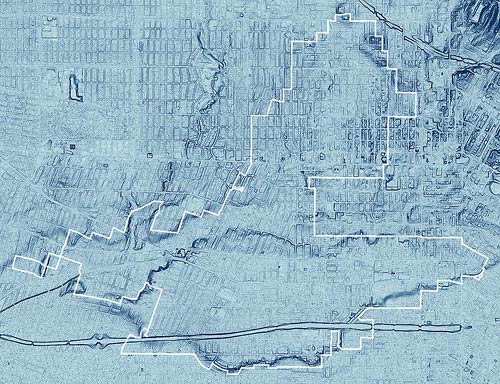 Los Angeles is not a flat place. Most anyone who has seen a few movies knows of the Hollywood Hills, and most of those who live here could name at least a few of the smaller hills -- Silver Lake, Baldwin, Montebello, etc.

But what of the less glamorous hills that don't even warrant a name, the ones that are not even branded by some hopeful neighborhood association? Those hills that are not high enough to be seen from far away, or whose contours the city street grid has obscured even to nearby observers, are they to go unnoticed and unremembered? Those gentle slopes and short rises, those bluffs of long-lost creeks, who celebrates them?

This week, we do. 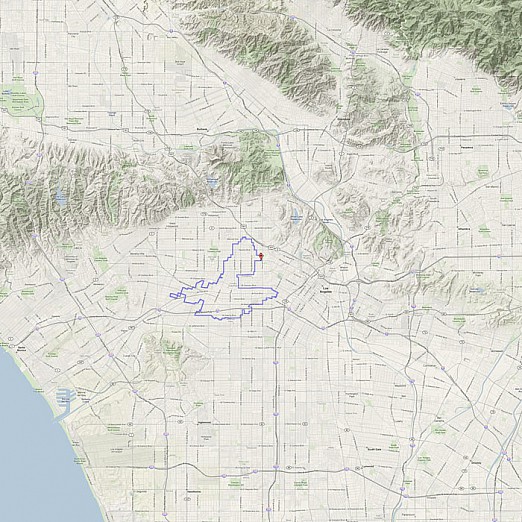