Do you remember your first time? No, no -- not that. Your first group bike ride! Remember how that felt? The exhilaration of cruising down the streets buffered by the safety of the pack? You could relax your typically-advisable hypervigilance for hazards and focus instead on the sights, the sounds, the smells around you. Riding in a group -- especially at first, when it is new -- invokes a very particular feeling of freedom but also of connectedness.

This week we do another of our cover versions of a route. Specifically, we will be covering my (Seans) very first group ride in L.A. For a number of reasons, it will in some parts be a rather loose interpretation. First of all, though it started near our own meeting point, it makes most sense to do the first part slightly out of order. Second, weve ridden a couple stretches of the route very recently (and theyre not that interesting), so well follow a slightly more convoluted course. And, finally, the original route was maybe a bit too flat (and too paved) for our own present predilections. That mightve been fine for a first time but, to retain a bit of that initial thrill, at this point we need to spice it up a bit, no? 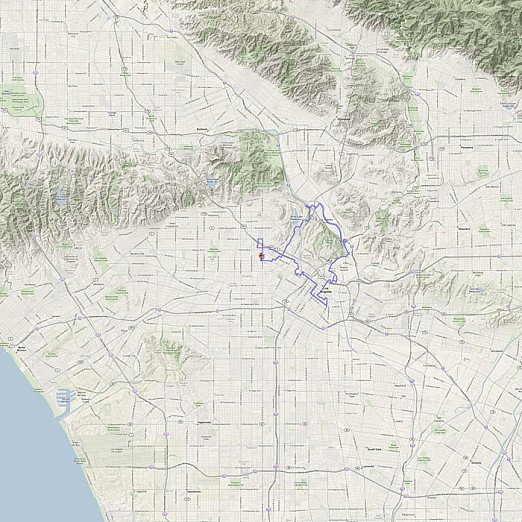