The Rise and Fall of Los Angeles 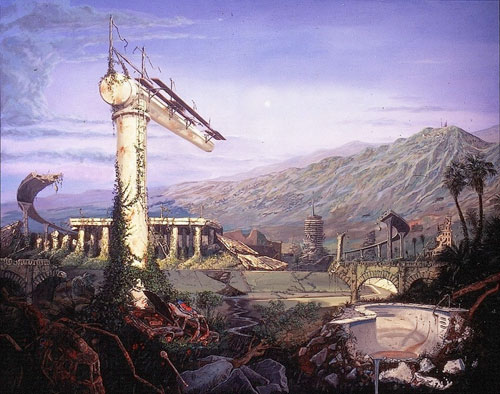 This week's route is, for us, honestly a bit mundane. Oh, sure, it's got some staircases, some off-roading, a few short hills. But the general loop we'll be making is one that we've done some variation upon quite a few times before.

Yet here's the thing about the city: it is far from fixed. Structures go up; structures come down. And then new structures replace them. Or often there is an interim, when other forms arise -- improvised, provisional. Seen through the perspective of time, the city is not a solid thing, but fluid. Its forms rise and fall, like debris riding upon waves of optimism and failure, of speculation and decline.

And so, while our path this week may retrace some relatively familiar steps, we will encounter a landscape ever-changing, a city in flux. Building up; tearing down. And sites on the cusp of going one way or the other. And, ourselves, we will go through, will go onward, and upward too, as we do. 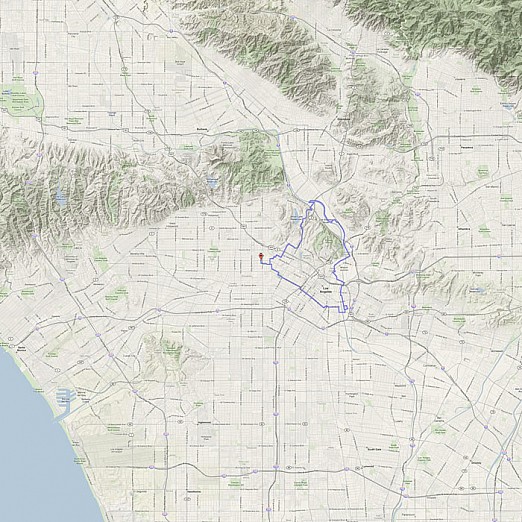