We Didn't Start the Fire

When enumerating all the dangers of automotive travel, the possibility of falling off a cliff and starting a forest fire is hardly ever mentioned. And yet, apparently, that is precisely what has happened. And while we certainly can't guarantee that falling off a cliff on a bike would be any more positive of an experience for the person involved than doing so in a car, we feel fairly confident that it would at very least not ignite a massive conflagration. So there's that. Go bikes!

Which isn't to make light of this situation. Or, well, maybe it is. Because sometimes you have to laugh because that is about all you can do. Because obviously someone falling off a cliff is terrible. And a forest fire is terrible. And people having to evacuate their homes is terrible. And the drought is terrible. Global warming is terrible. And, hey, while we're at it, mass shootings are terrible. The Donald is terrible. Quite a lot seems pretty terrible right now. So we laugh. Or, at least, we try. But it is hard to write clever things about the city and landscape and space/place at times like these, so we won't.

But, you know, as Billy Joel reminds us, things have always been kind of terrible! Always burning, proverbially. Since the world's been turning, and so forth. We didn't proverbially light it, but we can try to proverbially fight it, perhaps. Or, at least, this week on the ride, we can very literally stare at it from a distant hill, maybe, if the smoke's not too thick. 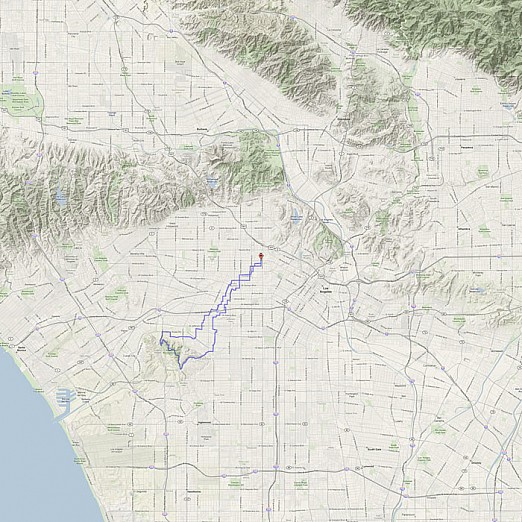