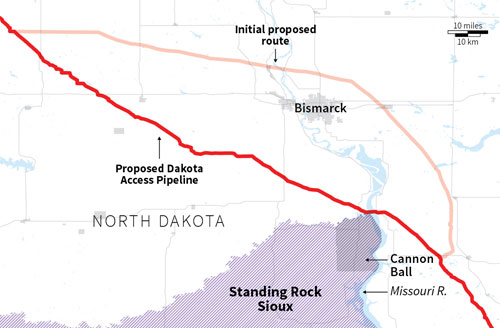 It can seem lately like America has gone bonkers (to put it mildly). The main qualification for top jobs in the government appears to be having no actual relevant experience. The idea that our election was rigged by the Russians is looking not entirely ridiculous. And then we see the hipster nazis partying in Washington.

But, really, people who are more wise and less privileged than myself are quick to remind that America has basically always been bonkers  the difference now being that its back out in the open again in a big way. Just ask the people whose ancestors resided across what is now our country when Columbus showed up. Theyve gotten a pretty raw deal from the start (to put it mildly). It continues today. Which is not to say that we all should just get used to it but rather that perhaps many of us still have a lot to learn.

This week on the ride, then, as we prepare to sit down to large meals (and awkward conversations with relatives) celebrating the apocryphal story of Pilgrims and Indians breaking bread, we take a small look* at the local indigenous population, who are generally now known as the Tongva (or the Gabrielino Indians, or possibly several other names). Their village that was along the L.A. River, near downtown, is fairly well known, but they had settlements throughout the basin, hills, and Channel Islands. Their history with America has been (to once again put it mildly) decidedly less than positive.

* Like most of our mildly educational routes, this was but a brief introduction, an invitation to further study. (This could be a good place to start: The First Angelinos: The Gabrielino Indians of Los Angeles by William McCawley.) 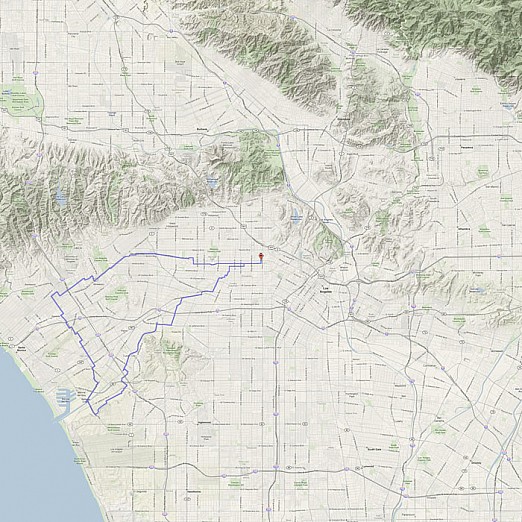