"In the Deserts of the West, still today, there are Tattered Ruins of that Map, inhabited by Animals and Beggars; in all the Land there is no other Relic of the Disciplines of Geography."

We make a great deal of our maps. Maps can be both beautiful and utilitarian, and it's fair to say that we think they're pretty swell. Each week, we use them to keep a record of our where we have ridden, both so that we can look back fondly on all the places we have been and so that we can avoid the boredom of riding the same streets week after week. We also keep them for posterity, so that anyone could, in theory, re-create some version of the ride for themselves. But of course the map is not the territory, and the route is not the ride. Simply looking at the map will not convey the experience of those places, nor of moving through them, nor of the people we were with on the original ride.

However for tonight's ride, there will be no need for any distinction between map and territory, because we will be drawing out our map at 1:1 scale. We will be marking the ground with chalk dust as we ride it, and because it is an anniversary ride (our 8th!), we will also be marking the time - in the figurative sense, yes, of course, but also in a more literal sense, because we will ride only for as long as the chalk lasts. Finally, when our time is up, we go bowling! 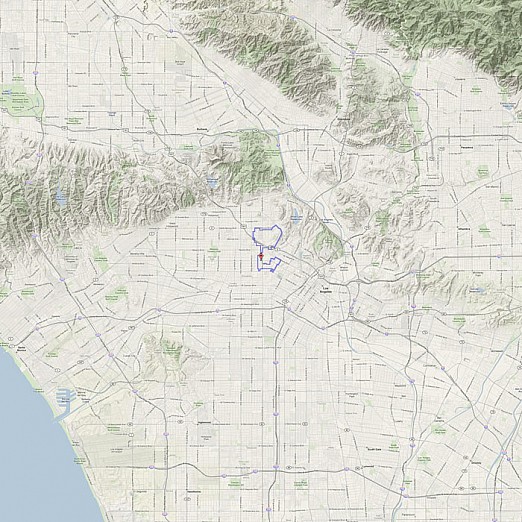