Distinguished graduates and esteemed faculty, trustees and alumni, family and friends, we gather tonight not to bestow degrees and confer honors, but to embark upon another year's journey. The journey tonight will last but a few short hours, but it can also be one small step in a longer, hopefully boundless adventure  to explore and discover, to look and to learn.

When we started this ride, we didn't exactly know where it was all going. We mean this figuratively and literally: our first ride we left largely up to chance. And we have subsequently often started new years putting ourselves in chance's hands. But we are also committed to the idea of consistent inconsistency. So, this year, instead of chance procedures we begin by simply celebrating a different kind of beginning. And yet, while we have a definitive route, no ride can be definitively pre-planned. A bike route itself is only a kind of beginning. We cannot know beforehand how exactly it will turn out, where exactly it will go  again, literally and figuratively. "Best laid plans...," as they say, and what we plan is often not the best idea by a long shot.

So this week we head out into the streets again, turning the tassel on another year. And whether it is your first ride or your fortieth, we hope we can help you see the city anew, again, with fresh eyes and full of wonder. 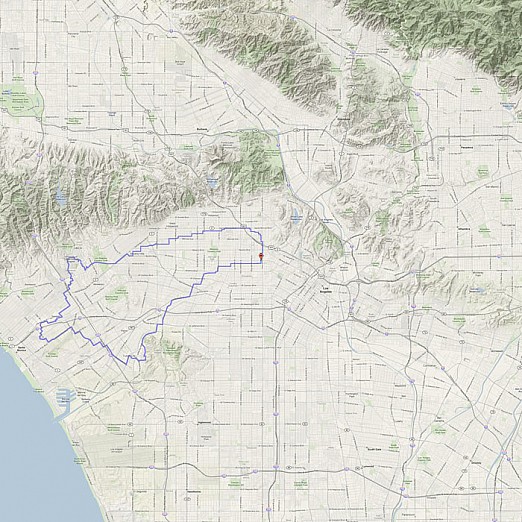