The perception of distance is, like many things, relative. While some notion of Cartesian space no doubt inevitably comes into play, other factors include frame of reference (near or far compared to what?), mode of travel (on foot, by bike, in a car, leaving on a jet plane?), and daily routine (which pathways and places are familiar? which are not?).

This week, then, we venture far afield, while actually staying rather nearby. Though certain coordinates have been predetermined, there is no definitive route and no defining rules. It will simply be a matter of heading towards the conceptually distant, of modulating our movements and probing the unfamiliar. We will travel relatively few miles, but attempt to cover a great distance with our minds. 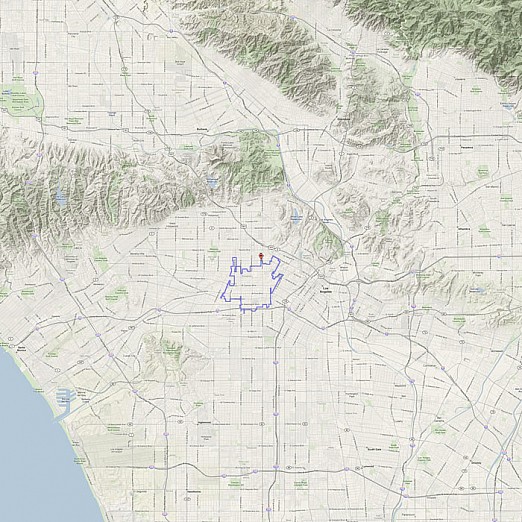