Upside Down and Better

When we think of what makes a city a city, when we form an image of city in our heads, we most often think of the buildings, a density of buildings. This is not the only, or perhaps even the most accurate, way to construe a city  one might think of a city instead as an intensity of flows (of people, of capital, of goods, of ideas)  but it is nonetheless probably the most common.

Likewise, when considering who is responsible for bringing those buildings into existence, it is likely we will think of architects, the people who design the buildings. And, again, there are other possibilities: developers, city planners, engineers, builders. Each may have as much, if not more, actual control over what direction the architects work takes. Still, it is conventional to see buildings  architecture  as the work, principally, of architects.

And yet, for a ride that more or less takes the city as its object of interest, it could seem surprising that we have only rarely given much attention to those involved in the field of architecture. If looking for a reason why that might be, we refer you to the various hedges and caveats in the preceding paragraphs. This weeks ride, however, is one of those rare occasions, as we will visit some of the work of one particularly prolific Los Angeles architect, Paul Revere Williams. 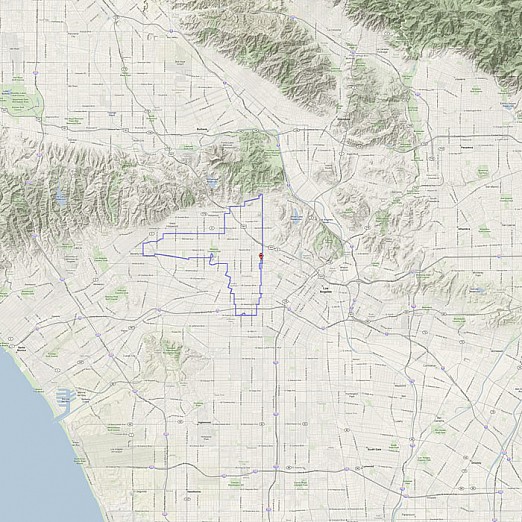