This week, having just this afternoon returned from visiting friends back East, I must admit that I simply do not have the energy to lead one of our typical, perhaps slightly unreasonable routes. This week, I spent all day on an airplane. This week, it feels like it's three hours later than it is. This week, I need something decidedly more reasonable.

So this week, yeah, we will head out into the streets on a route, as we typically do. And we may encounter some hills, as we do, but we will try to limit ourselves to (subjectively) reasonable hills. And, rather than having a specific full loop planned out, will we will travel our route for a reasonable amount of time and then head back, returning to the donut shop at an hour that is by our standards hopefully quite reasonable, but is indeed quite late  on Eastern Time. 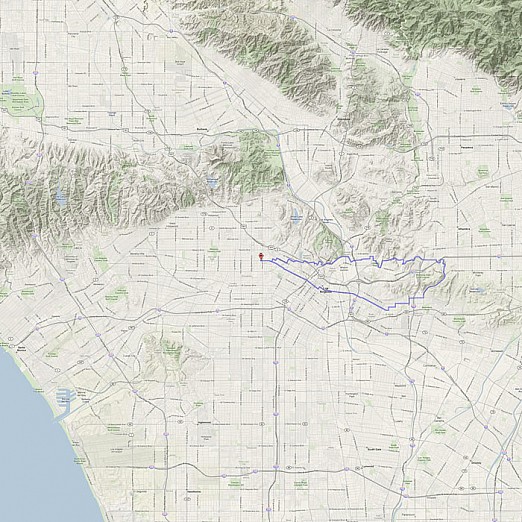