Navigating the city in which one resides can over time become a bit like speaking ones native tongue. A poetic fluency can develop but so too can blind spots: to its rules, to its limits. If you endeavor to learn a second language, you learn about verb conjugations, past imperfect tense, what words you cant quite translate, and so on. Which is to say it tends to be learned as a system. When speaking a first language, you mostly just sort of pick it up and speak it, not a system but merely a working tool. A city can become like this too, a series of routes and destinations, the abstractions by which it is defined and understood seemingly natural and given, largely invisible.

To get outside of this you can travel. Like speaking another language, visiting new places aids in the reflection upon the familiar. But, alternatively, you can also seek out the edge cases at home, thereby perhaps gaining fresh perspective upon that banal, hidden center (hence our obsession with inconvenience, with obstacles, with fissures and folds). And then too you can also look for the remnants of the ideas that didnt win out  those that remained incomplete, were overtaken, or faded away  the sign posts of failed plans. They point towards alternate pasts and, in them, alternate presents and futures. They help us navigate the city as not a given but rather some combination of conscious decision and historical accident. On this weeks ride, we seek out one such sign post. 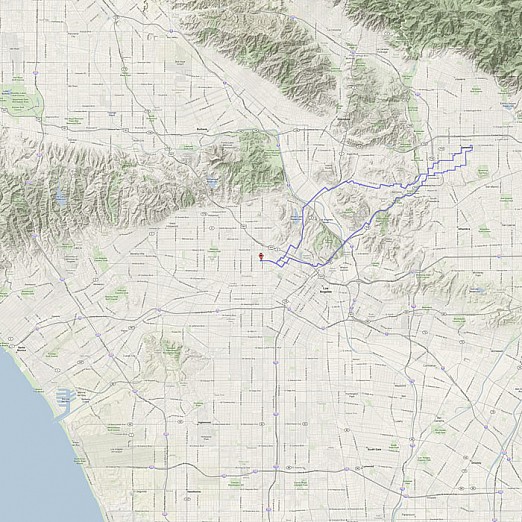