There was a time when the aristocracy was fairly conspicuous. Sure, there was the occasional dramatic plot contrivance wherein the king would dress like a commoner but, generally, the royals were the jerks with the fancy fur coats and capes and whatnot; they wore a lot of jewelry, crowns, carried scepters; they were likely flanked by guys holding flags or horns; there was fanfare. They stood out.

The L.A. version of royalty  by which we mean celebrities and entertainers, natch  are a bit different. Their whole lives are a kind of plot contrivance, really, with baseball caps pulled low over their faces, with sunglasses, jeans, even sweatpants. You may recognize them if you bump into them at Whole Foods, but you also very well may not. Perhaps flashy in their professional lives, around town the watchword is incognito.

It is much the same with the endless rows of commercial buildings that stretch out across the city: their nondescript exteriors are often remarkably mute in regard to what happens inside. Is it a call center or talent agency? Is it derelict or rented out as a filming location? Even if a sign gives you some hint as to a buildings purpose, in a city of dreamers and hustlers it is hard to tell which are the real deal and which are the also-rans. Indeed, frequently its the fakers who are more ostentatious. And sometimes it is in the most ordinary, taken-for-granted buildings where true creativity reigns.

This week on the ride, we sing the epic songs of some of these clandestine castles. Behind their unassuming façades they have nurtured noble lineages.

Big thanks to David Kulka for planning and lecturing this week! 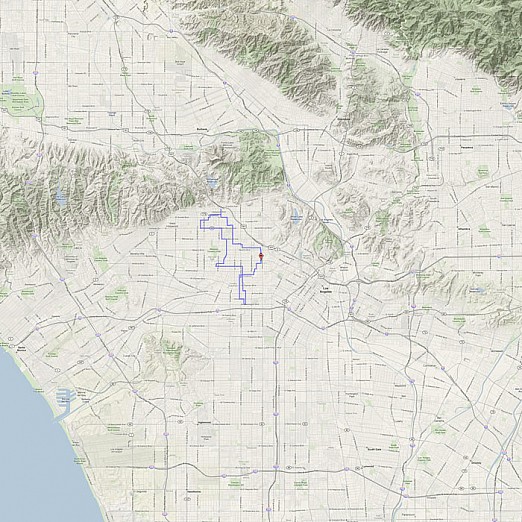