Where the Wild Things Aren't

This week's ride is a nice, all-around "Passage-y" experience, in which we revisit an assortment of places once occupied by various animals. I picked this one for the repeat ride series because it captures so many of the things that make the ride what it is: exploration; historical content; a bit of terrain (but nothing too crazy); some gesturing toward empty space and imagining what was there before... That sort of thing.

Also (perhaps not unrelated to the aforementioned qualities), it was a lot of fun, which is about as good a reason to re-do a ride as I can think of.

That very night in The Passages room a city grew
and grew
and grew until their ceiling hung with palm trees
and the walls became the world all around
and a road tumbled by with bikes for The Passage
and they rode off through night and day
and in and out of weeks
and almost over a year
to where the wild things aren't. 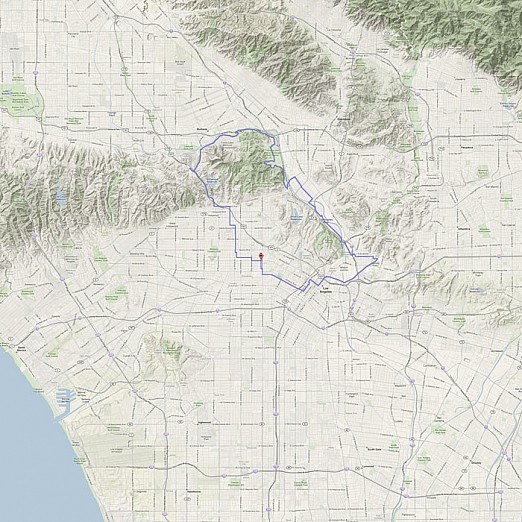