The History of Transportation

Though there were isolated examples of things like cable incline railways and railed mine carts as early as the 1500s, until the late 18th century, if you wanted to get somewhere and didnt want to go by foot, you were probably riding a domesticated animal (or riding in a cart pulled by one) or you were in a boat.

Then, as the 19th century approached, suddenly it seemed feasible that you might glide across land on rails or soar through the sky in an airship. The latter progressed slowly: first balloons, then dirigible blimps, then rigid dirigibles that were capable of great distances  though still available only to the privileged few. Trains, however, quickly developed and spread, taking people and goods with them across continents.

Along the way, transportation hit a particular high point with the bicycle. It is a simple, efficient machine for movement, within the reach of the masses.

Things, however, didnt stop there. Humans like to move about and that restlessness keeps us pushing ever forward and ever faster. The internal combustion engine came about in the latter half of the 19th century and that led to cars and trucks and motorcycles and buses and sigh. As the 20th century rolled forward, airships were eventually displaced by airplanes. Then came rockets and a space shuttle and we hurled ourselves into space. Well, a few of us.

And, yeah, weve left some things out of the story. Where there is snow and ice, there have been skis and skates for thousands of years. And roller skates have been around for quite a while too, really (though of limited use in a world without well-paved paths or roads). And the skateboard came along relatively recently, in the 50s or so. And in the late 80s people laughed at inline skaters. And in the early 00s people laughed at Segways. And now weve got scooters lying around everywhere.

The point perhaps being  inasmuch as there is a point  that a historical progression does not necessarily mean Progress. Historys just like that sometimes. This week on the ride, we transport ourselves around the city in celebration of the highs (yay, bikes!) and even, yes, some of the lows of this history. 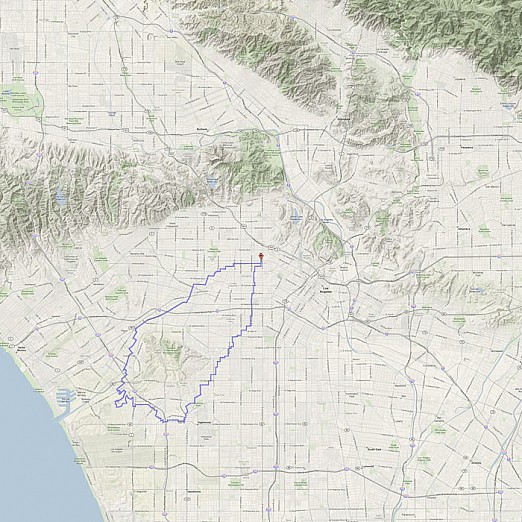