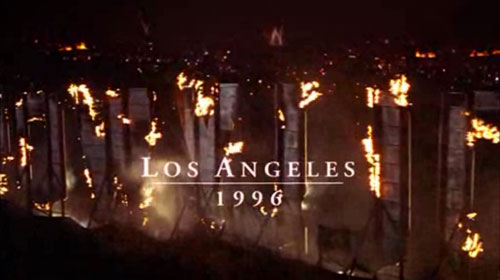 Los Angeles, it is said, is the most photographed city in the world. If you ride around enough, you'll start to notice the mysterious temporary signs that direct crew members to a movie location. If you ride through the right neighborhoods, you'll see the long rows of white trucks that mark and fence off a location shoot.

Los Angeles is where the relation between reality and representation gets muddled. In a city where only a few buildings are more than a hundred years old, where most traces of the city's history have been effaced, a place can become a historic landmark because it was once a movie location. Some buildings that look functional are permanent movie sets. Sometimes it works the other way around: a building constructed as a movie set takes on an afterlife.

It may be the most photographed city in the world, but we might wonder if the movies have ever really depicted Los Angeles. It's not easy: the city is big; the image is small.

This is the city. Los Angeles, California. They make movies here. We ride here. 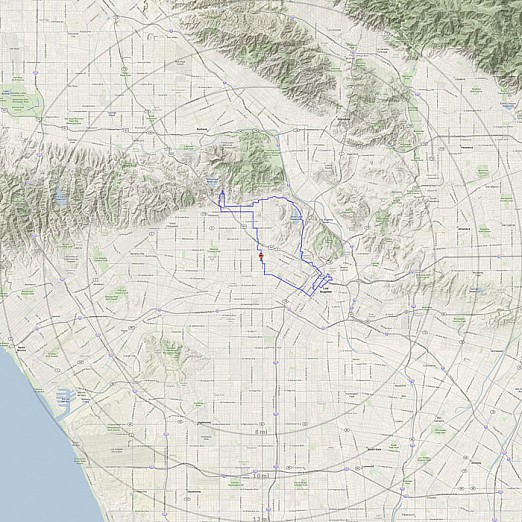