The Feast of Saint Gobblicus 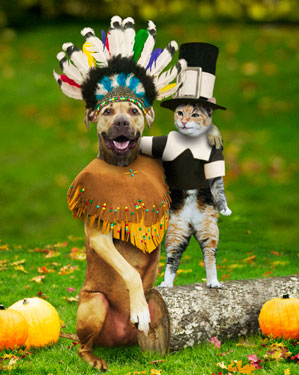 Each feast participant contributes some anti-Thanksgiving food or drink item to the feast, and they are given wide leeway in their interpretation of Saint Gobblicus's "opposite" requirement. Let us say, for instance, that you want to bring the opposite of turkey to this feast. Well, since you know that Turkey is currently at odds with Kurdish separatists over disputed territories, you could bring some Kurds. Or rather... curds? Boom. Done! The opposite of cranberry sauce? Evil cranberry sauce**, obviously! Some have even gone so far as to bring nothing at all, reasoning that the opposite of "food" is "no food," though this is a radically unconventional interpretation. You might think that pumpkin pie would be disallowed under the feast rules, but NO. Pumpkin pie is always appropriate! We're just, you know, putting that out there... Thermoses full of warm beverages are also a spectacular idea for all occasions where it's frigging cold outside.

Tonight's route will be short, with stops for feasting. There are a couple hills, but they are very short. On one of them, you will probably walk, but it goes somewhere worthwhile. Trust us on that one.

* Saint Gobblicus was himself a Thanksgiving turkey (the very first Thanksgiving turkey, in fact), and though he remains unrecognized by canonical authorities to this day, there is a growing movement afoot lobbying for his beatification. 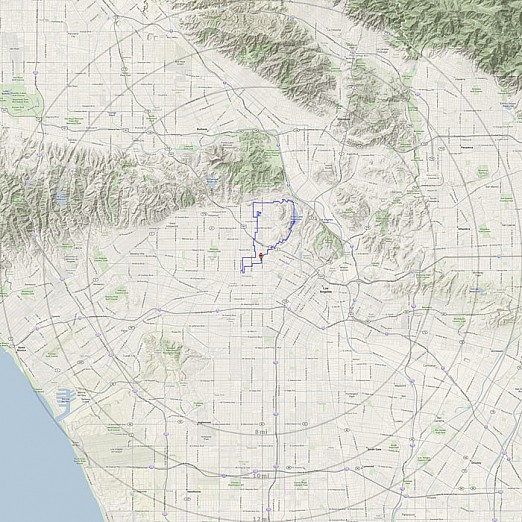