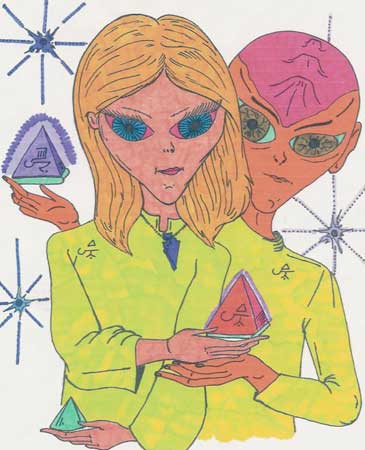 The truth is that we know almost nothing conclusively about the actual St. Valentine whose feast is celebrated at the end of the second week of February. He was a martyred saint of ancient Rome, born on April 16th, and buried on the Via Flaminia, but otherwise his life remains a mystery. He may have been a priest in Rome. Or a bishop of Interamna. Or a martyr in the Roman province of Africa. Valentine was a popular name in antiquity.

The story of the judge and the adopted blind daughter and the laying on of hands, that came later. And still it had nothing whatsoever to do with romantic love. For that, we can look to either a misreading of Chaucer or the coincidence of Valentine's feast with the ancient Roman fertility rite Lupercalia, which was observed the 13th through 15th of February. Or just blame the greeting card companies.

As with the saint and the holiday, so with love itself: a mystery, a mess. We don't understand it and even less do we understand each other. Well, this ride is all about exploration and so this week we explore romance by venturing to the home worlds of Man and Woman*: Mars and Venus -- or their closest Angeleno equivalents. We shall probe the human heart and stare out into that sea of love.

* Ugh, sorry to sound so annoyingly hetero-normative, but we're riffing on clichés here (and clichés being somewhat naturally socially retrogressive).