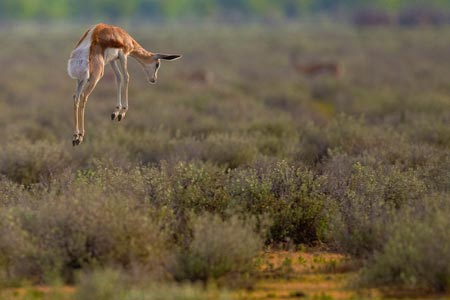 "Stotting" or "pronking" is an unusual quadruped jumping behavior (performed most notably by gazelles and springbok, but also by llamas, sheep and various kinds of deer) in which all four feet are lifted off the ground at once, often propelling the animal high into the air.

Explanations for the behavior range from the merely utilitarian (a lookout mechanism for spotting predators) to more complicated signaling adaptations (letting those lions in the bushes know that you have so much energy to burn that you can waste it on useless activities--the ungulate equivalent of trash talk).

The benefits that stotting confers to the animals themselves remain uncertain, but the benefit to human observers is primarily in making the animals look simultaneously ridiculous and adorable.

It's spring now, is what we're saying, so let's get to springing. And keep an eye out for those lions. 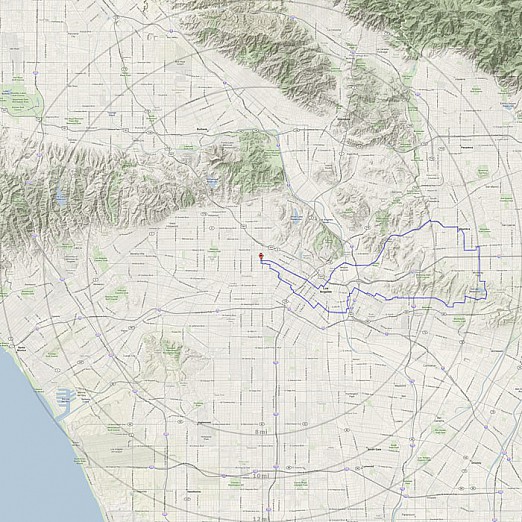