The Afterlife of Architecture 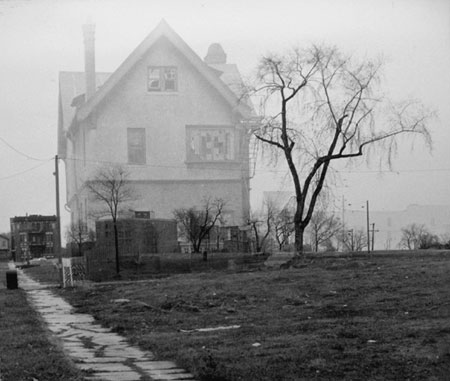 Los Angeles is known as a place ready to bulldoze its past in order to make way for what it sees as its future. This has less to do with instances of individual, architecturally-significant structures being demolished (though examples of this are not hard to find either), than the city's willingness throughout its history to erase whole neighborhoods from its grid in the name of economic development -- or, all too often, highways. The callousness (and classism and racism) needed to see people's homes as, essentially, empty space on the map is galling.

This is perhaps the big story, but it is not the whole story. Because the city's relationship to its built environment is quite complicated and probably unique. For one, there is the seismology factor: many older structures that would be perfectly satisfactory in most other places come to be understood as unsafe here. Some are torn down; some sit unused for decades as they await their fate. And then there is the motion picture industry: buildings that, elsewhere, would probably either be actively repurposed or otherwise meet the wrecking ball live on as only occasionally occupied shells here. Countless "available for filming" signs designate this ubiquitous backlot crosshatching the city.

Other stories exist as well, of course, but there's only so much one can (or should) say in a ride description, right? So let's get to the point: this week's route will visit a few sites that have managed to escape the cycle of urban erasure and live on past the end of their initial usefulness in one way or another -- sometimes heroically and sometimes decidedly otherwise -- be it through conscious and caring preservation, reuse and recycling, or merely historical accident.

Photos of some of the structures whose remnants we visited can be found on the Passage blog. 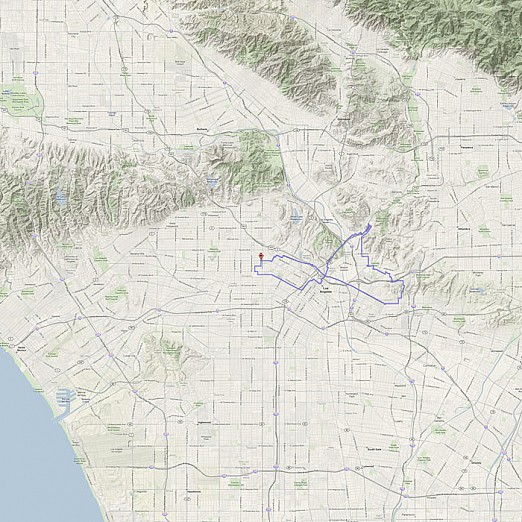