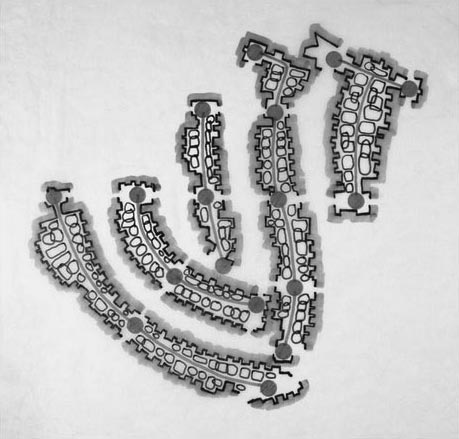 Ride the same streets in the city often enough, and you'll get into the habit of knowing exactly where you are in relation to everything else. Naturally, this greatly simplifies such problems as getting from one place to another. But if you are concerned with experiencing the city in new ways, then this constant knowledge of where you are can in fact be a kind of problem in itself. Everything starts to seem just a little too... familiar. Now, of course, this is not a bad problem to have, as problems go, but it is a problem that requires a new solution each time it is solved. And so it is that this week we happen upon one particularly elegant solution: alleyways!

Beyond simply offering new territory to explore, alleyways present us with surfaces that are stripped of signage and other features that might serve as landmarks. The care that is taken to differentiate businesses, houses and apartment buildings on the surfaces facing the street is not in evidence in the alleys. They are the functional interface where buildings get plugged in to the various networks of services that the city provides. And as the "plugs" are all quite standardized (another dumpster, another utility pole, another garage door) it is quite easy to get lost. Oh, indeed.

This week, we have a route comprised of approximately half alleyways. We would be doing ourselves a disservice if we did not acknowledge that this is, by many measures, a terrible idea. So much glass! So much cross traffic! So many potholes! However, by the measures of greatest interest to us -- inconvenience, novelty, disorientation -- it is a spectacular idea! We think you will agree that it must be done. 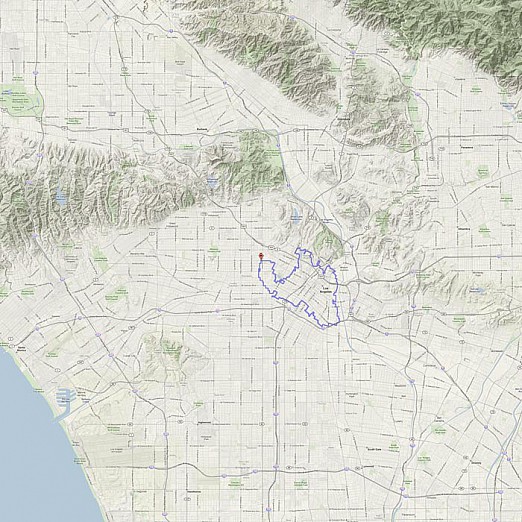