If one were to rank all the best ways of visualizing the drought, riding bikes past a bunch of water towers would probably be pretty far down the list. After all, the problems are greatest at the ends of the distribution system: not enough water coming in one end; too much water being taken out of the other. What good would it do to focus on these intermediate steps along the way?

Well, for one thing, the towers bring that water one step closer to home, and there are but a limited number of steps between the rain clouds and our faucets. For another thing, they make great symbols, standing there all tall-like, proclaiming the town's name, saying "look at what we've done; see who's the big deal now?" Perhaps most importantly for the purposes of a weekly bike ride though, they are here, and we can see them, so that is what we will do tonight. 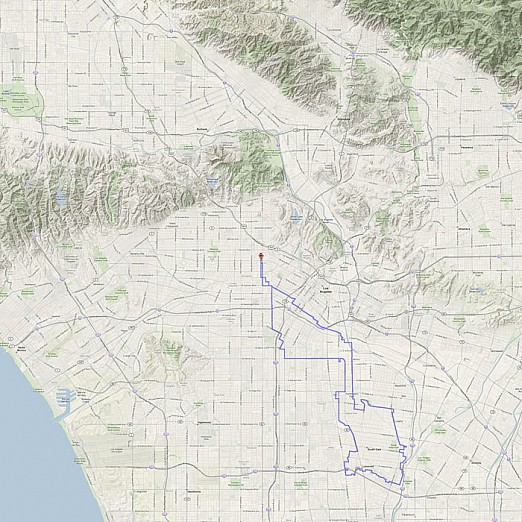