All Snag Dells and Gall Sells

What we see in the city is of course colored by our own experiences and expectations. It is not just that we see what we want to see, but also that a pattern, repeated often enough, can get pushed to the back of our minds precisely because it is right there in front of our faces.

Thus, whether we mean to or not, we are always engaged in both pattern recognition and pattern suppression. And this will surely be no less true for the robots when they one day rule us all. Though we may not share much with our mechanical overlords, we will have at least that much in common if they hold to the model we've set for them (that is: the notion (which could be either comforting or terrifying, depending on one's point of view) that the unknown is just a rearrangement of the familiar).

So then, tonight, hopefully before the robots take us over, won't you join us for a bike ride? We will be revisiting, if not necessarily rearranging, parts of the city that by now may be quite familiar, but in ways that are somewhat less so. 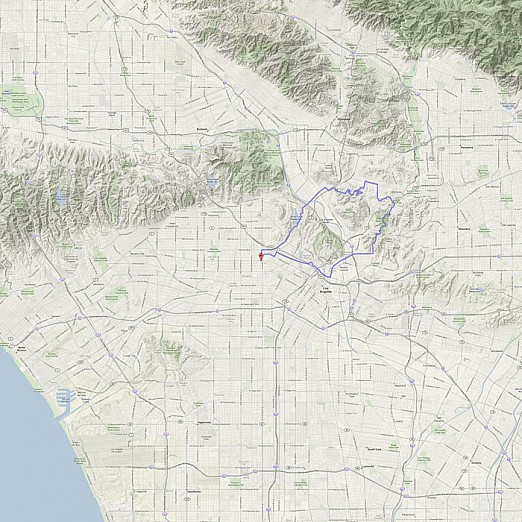