Although Los Angeles is often thought of as a single industry town -- the place where movies are made, a "dream factory" -- tangible goods are really where the action is happening. Whereas the film industry generates about $10 billion annually, the manufacturing, wholesale, and retail sectors are each more than ten times that size. (Remember, as Yogurt said, it's merchandising where "the real money from the movie is made.") More than $1 billion worth of goods stream into the Port of Los Angeles every single day, much of it making its way on trucks or up the Alameda Corridor to vast fulfillment centers inland where it awaits our purchase. These nondescript megastructures are the interface between the very real products we buy and use and the virtual marketplace of the internet from which we increasingly purchase them. It's just another step in the evolution of the complex relationship between intangible desires and material fulfillment that typifies consumer capitalism.

This week we take a look back at some of the older architectural interfaces constructed to fulfill those desires. Unlike the distant warehouses of the present day, these buildings are visible presences in the city, are part of its fabric -- while also, each in their own way, turning their backs upon their surroundings, trying to stand apart. Their individual fortunes have risen and fallen throughout the years, many adapting to the times in order to avoid the wrecking ball. Some of the structures have been repurposed to different, less commercial ends. Others simply reconfigured their surfaces and spaces to reflect contemporary preferences. Some are mainly seen as gross expressions of happily bygone eras. Others have now acquired an air of quaint, old-timey charm. Yes, this week on the ride we shop around for shopping centers. We won't take American Express, but we will gladly accept whatever we can Discover. 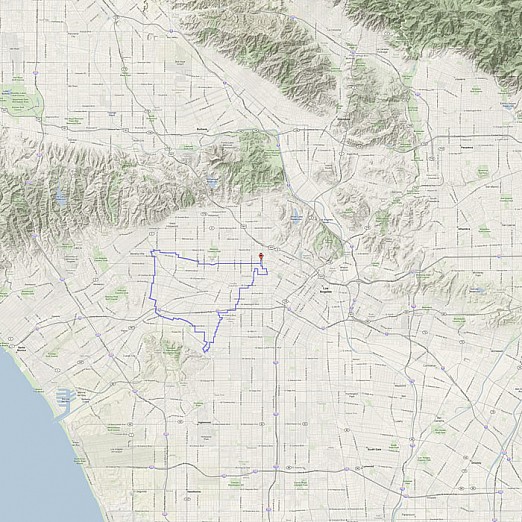