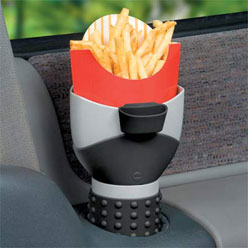 Oh, sure, they may have their liberty and their equality and their fraternities, but where were the French when we needed support for our totally justified and righteous invasion of Iraq? Huh? Where were your precious French then? In FRANCE, that's where. Being all smug and logical and stuff. A-holes!

So, we're not going to celebrate their froggy holiday on the Passage ride. No. No berets. No baguettes. And no Jerry Lewis. And if we eat fried potatoes, we're not going to be calling them "French" fries. Because, first of all, they're not even French in origin; they're Belgian. Second, if those French bastards are even too snooty to call them French fries themselves, then WE certainly are not going to call them that. Third, because we love FREEDOM. And, fourth, if we're going to be eating anything fried, it is going to be donuts. Like AMERICANS.

We're also going to be doing a lot of short climbs this week. And go down some staircases. Yet not do too many miles, so we can take our time. None of which, admittedly, has much to do with freedom - or potatoes - per se, but it's all going to happen nonetheless. We don't really need to give you a REASON to do those things, you see. They're just the right things to do. And it is our job to do them. Regardless of logic or history or the lack of an exit strategy or what the French think. But, if you need a reason, we can show you a totally un-blurry satellite photo of said hills and staircases and few miles and you will see that our intervention is not only justified but necessary. For FREEDOM. 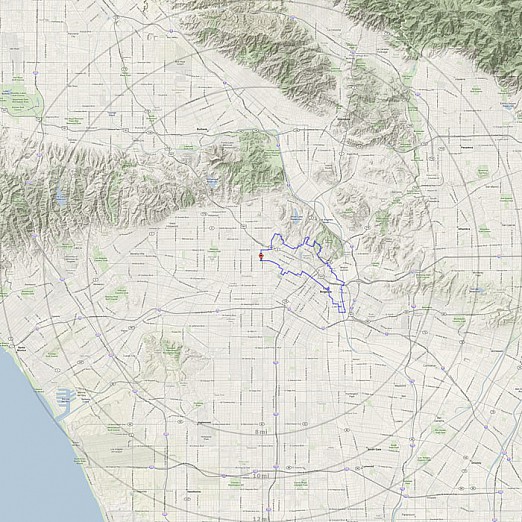