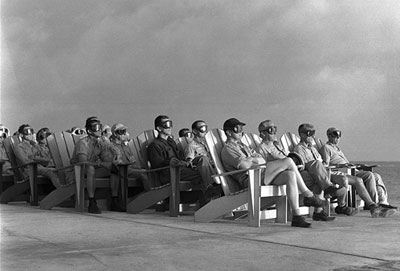 For 22 years, the U.S. government ran a top secret film studio in the Hollywood Hills dedicated to producing pornography of an altogether different kind - films that began not with stilted, couchbound dialogue or with plumbers arriving at the door but with voices on loudspeakers counting down toward zero.

This studio was responsible for nearly every atomic test film and a large portion of the propaganda reels shot during the height of the cold war. The handful that have been declassified now comprise the go-to footage for defining America's angst during the 50s and 60s.

While America may have moved on to new-and-improved sources of angst, those images - of mushroom clouds in the desert, giant columns of water rising out of the ocean, houses disintegrating into a puff of dust - remain hugely powerful symbols to anyone but the most desensitized History Channel viewer. They evoke a cognitive dissonance that maybe reveals more about us than we would really like. They're terrifying. They're beautiful. They represent the culmination of both human achievement and human folly.

So this week, in the spirit of both achievement and folly, we are going to ride what is probably the hilliest route we've done to date. It's about 20 miles, which is short by our usual standards, but 8 of these are climbing around in the hills. The really tough part's only a mile or so, and there's barely the tiniest little bit of offroading. You can do it, no problem!

Oh, did I mention that we're also visiting that top secret movie studio? Because we are!

Also: Experience the libertarian paradise of the privately maintained city street (closely associated with aforementioned offroading). Take in some great views of Hollywood (and we're not just saying this to take your mind off all the climbing; these are some bona fide Grade A panoramas of the city!). 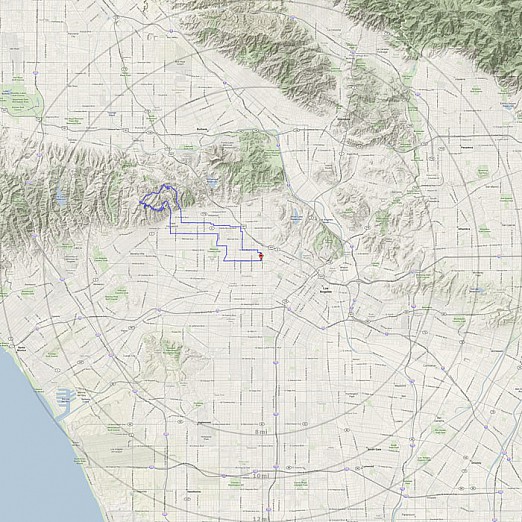